A Wealth of Culinary Craftsmanship Under One Roof 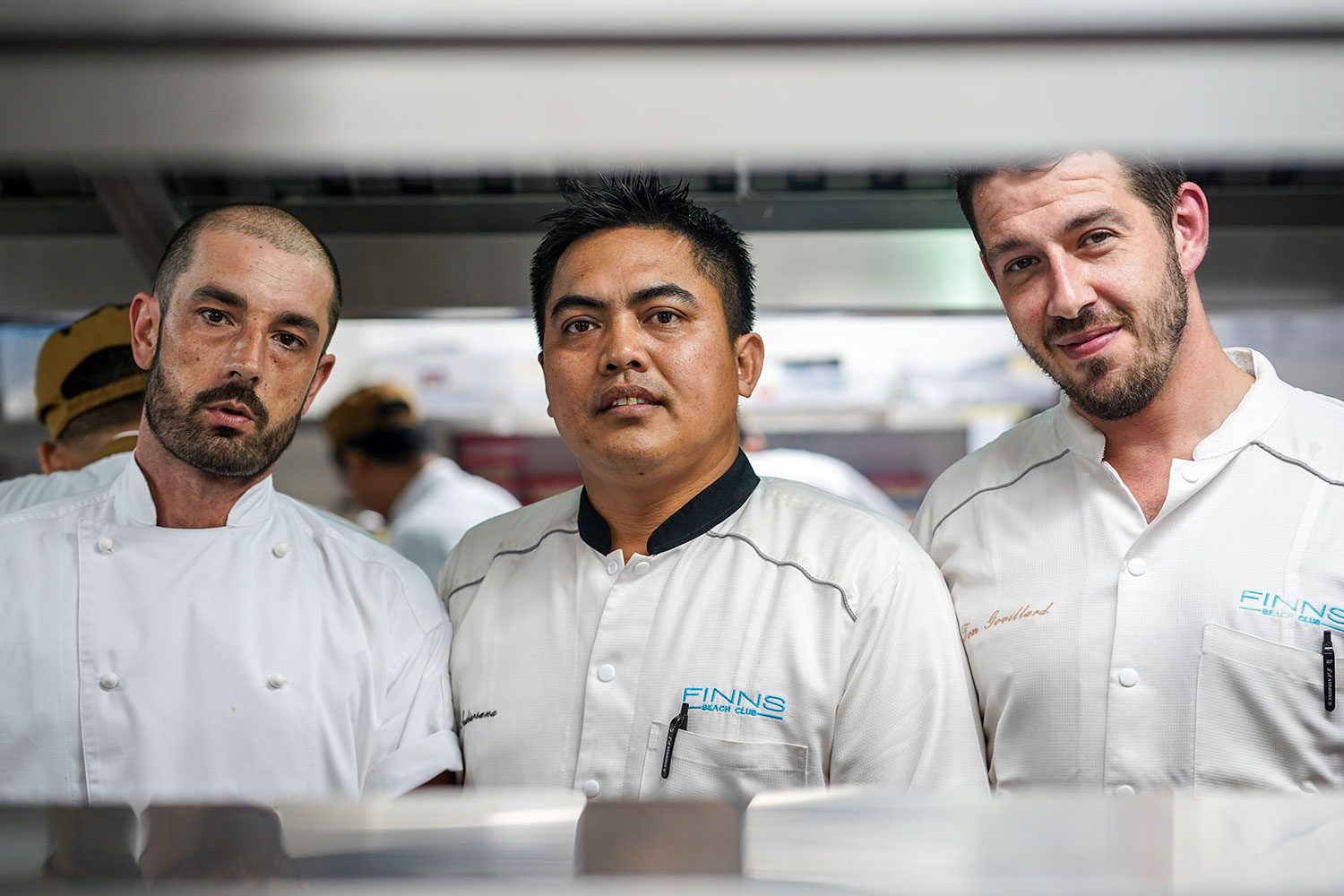 Armed with an arsenal of international talent, it’s little surprise the cuisine at Finns latest instalment of elegant, coastal dining features a fusion of flavours and techniques from across the globe. With three of the island’s top chefs joining forces at what may well be one of Bali’s best restaurants, gastronomes can be guaranteed dishes of distinction when they dine at St Tropez.

Heading the helm of this Med inspired eatery is Parisian, Tom Gouillard. After graduating from French culinary school Ferrandi, Tom pursued his passion for cooking throughout Paris. Developing his kitchen crafts across a variety of hospitality houses, he’s cooked for five star hotels and intimate, fine dining establishments as well as honing his skills in high end catering with a stint at Paris’ most renowned ballroom, Salon Opera. A move to Montreal in 2011 led to an executive chef position at the city’s most highly regarded catering organisation just two short years later.

Tom’s desire to continue his culinary journey meant a sea change to more tropical climes and a relocation to island life. In 2015 he joined Finns Beach Club – a popular dining destination in Canggu, bringing both traditional French cookery and Nouvelle Cuisine to the kitchen, where he has since sourced his A Team to assist him.

Island local, I Wayan Sudiarsana and Australian, Damien Ruggiero complete the talented trio at St Tropez where sumptuous French/Italian inspired fare reflects years of commitment to the culinary crafts. It’s easy to see why… With collectively almost 60 years of kitchen experience between them and each boasting their unique skill set on the service line, the result is delectable art on a plate!

Well regarded during his time at Mozaic, Wayan rose through the ranks from cook’s helper to respected Sous Chef under the guidance of Chris Salans, after which he took on the role of Head Chef at Chedhi Sakala in 2011. Wayan joined the team at Finns in 2016 and is proud to be creating fine quality cuisine from the island’s freshest produce, marrying modern techniques with age old Indonesian methods to bring an Asian essence to some of the dishes.

Cooking since 1999, Damien Ruggiero insists his greatest inspiration was his grandfather who not only prepared the queen’s very first spaghetti carbonara in 1947, but also cooked for rock n roll royalty, Michael Jackson! After an apprenticeship at Sydney’s famed Rockpool Restaurant, Damien packed up his knives to seek experience abroad. Sharpening his skills across Italy, England and Sweden, Damien worked his way around catering companies, community pubs, high end restaurants and five star hotels before a change of pace and circumstance brought him to the beaches of Bali and Seminyak’s bustling restaurant scene in 2016.

With a background in Italian cuisine and a two year residency as executive chef at La Lucciola, Damien’s food oozes his passion for Mediterranean flavours. Delighted with his recent appointment at St Tropez and despite donning a chef’s apron for nearly two decades, he still insists he is most at home on the service line amongst budding chefs eager to learn from his global experience.

All this talent under one roof and you’d think there’d be a clash of culinary opinions but refreshingly, egos are left at the kitchen door as these guys are keen to combine skills and pool their individual talents to ensure St Tropez cements a reputation as one of the best places to eat in Bali to date…and they’re doing just that! 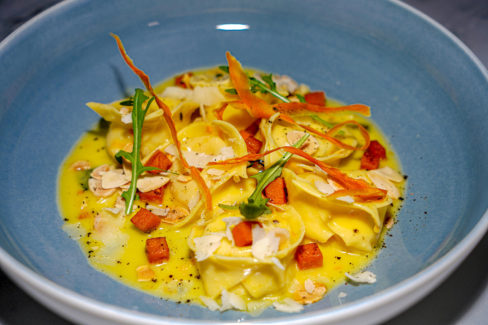 Flavours of Italy In Every Forkful

Six plump parcels nestled in a drizzle of orange-sage butter sit before me as my mouth waters with memories of the Amalfi Coast! St Tropez’s 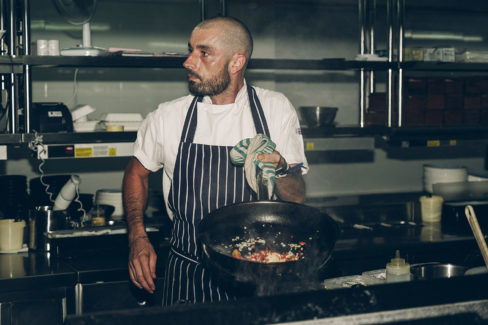 Leading By Example On The Line

Many a successful day has been kickstarted by coffee and conversation and it seems the team at Bali’s purveyor of fine Mediterranean cuisine would agree!

Our website uses cookies to ensure you get the best experience. If you continue to use the site we will assume that you accept this.